Help wanted: Transport startups hire for the 'sweet spot' between tech and policy

TuSimple, Locomation and Waymo are preparing for driverless operations to hit the road. And they're recruiting Washington insiders to make it happen.

In the words of former FMCSA boss Jim Mullen, he is "not a techie." Yet he joined the team at technology startup TuSimple after leaving the agency last August.

Finch Fulton spent years in Congress and the Department of Transportation, getting deep in the weeds on policy. But he took a job this year at technology startup Locomation as the vice president of policy and strategy

Startups are staffing up — but they're not necessarily looking for more technology developers. Mullen and Fulton are two of the latest instances of Washington-insider recruitment, which has been occurring throughout the autonomous-trucking sector for years.

Melissa Froelich, who spent time as chief counsel in the House Energy and Commerce Committee, is the director of government relations for Aurora. David Quinalty was a policy director in the Senate Committee on Commerce, Science, and Transportation before becoming the head of federal policy and government affairs at Waymo.

These hires reveal a great need in the autonomy sector: leaders with experience tackling the intersection of public opinion and public policy.

"Technology and the regulations go hand in hand, because you can't mandate something that doesn't exist yet. And you can't dictate how people achieve a certain level of safety, if the companies haven't figured it out yet either," Fulton told Transport Dive.

Mullen said when he was at the FMCSA, officials often discussed what the federal government's role should be in the fast-moving autonomy industry.

"The government didn't want to get behind the curve on the technology and ... what the developers were doing. We wanted to be entering forward leaning, and that doesn't necessarily mean regulating. That just means keeping abreast and collaborating with the private stakeholders," he told Transport Dive in an interview late last year.

Mullen said he realized during his first ride in a TuSimple truck that the technology is further along than he originally thought. That could indicate a tall task for regulators, but a policy skillset helps make it manageable.

Before Fulton went to Locomation, he led policy development for the DOT's Automated Vehicles Comprehensive Plan, published in January, before the new administration was sworn in. The plan outlines the agency's involvement in the development of automated driving systems.

"I think the safety plan will be the story for the next eight years," Fulton said. "It's fundamentally sound, so I think ... the current administration will keep it and go from there."

"Technology and the regulations go hand in hand, because you can't mandate something that doesn't exist yet."

The FMCSA's role will be to enforce existing safety measures, facilitate private and public collaboration, and collect data.

That data comes from testing, which Mullen's and Fulton's employers have been doing in the Southwest, where state regulations allow such activity. Knowing what kind of data policymakers want, and how to deliver it, can go a long way.

Fulton was previously the DOT's deputy assistant secretary of policy, and he said he had a hand in each of the nine autonomous-vehicle regulations the DOT has proposed thus far — guiding research, developing policy, and editing and approving the rules. Now, he works in the "sweet spot of policy and strategy," he said.

Representing Locomation and its platooning technology, part of Fulton's job is to chat with agencies and Congress, as well as with customers, competitors and unions.

Fulton admitted the lack of industry conferences and other events makes liasing tougher, but the work is ongoing. And, so far, "the government and the private sector, I think, are in pretty good shape," Mullen said.

As TuSimple's chief administrative and legal officer, he's tasked with tackling the next set of largely unbroached questions. How safe does an autonomous truck need to be for the general public to feel comfortable driving next to one on a highway? And how would that be measured?

"Some people will talk about designing the artificial intelligence to drive to the point where there would be no accidents for which they're legally liable," Mullen said. "Well, our view is: That's not good enough."

TuSimple is working to fine-tune its AI and get it as close to flawless as possible, he said, to avoid accidents no matter which party instigates. Safety is non-negotiable, for Mullen personally and for the technology, if autonomy has any chance of widespread adoption.

Fringe cases and the AV timeline

Mullen was on a TuSimple test run last year, the truck running autonomously with a safety driver at the wheel, on I-10 between Phoenix and Tucson in Arizona. When the truck came upon a construction zone, it automatically complied and lowered its speed.

But Mullen spotted on the in-cab monitor two tractor trailers coming up behind TuSimple's truck in the neighboring lane, not complying with the speed limit (the company's technology can monitor surrounding vehicles' speeds). The two trucks continued veering toward the center line, getting uncomfortably close to Mullen and the TuSimple team.

The safety driver made the call that risk of collision was too high and disengaged the automated driving system. The driver then moved the TuSimple truck away from the encroaching tractors, possibly past the fog line, Mullen recalled.

Mullen referred to instances like that as "fringe cases." But these scenarios must be accounted for, before driverless trucks are ready to operate alongside passenger vehicles. And that could occur in eight year's time, according to McKinsey.

In a December 2018 study, McKinsey determined that autonomous trucking would roll out in four waves:

"We think that the overall timeline remains the same," Florian Neuhaus, a partner at McKinsey and a co-author on the report, said via email in January. Though, he noted, there are plenty of variables.

TuSimple's timeline is not far off from McKinsey's. The company aims to get trucks into distribution with Navistar, which took a minority stake in TuSimple last July, in 2024.

In January, TuSimple announced it had put together an advisory board, which included U.S. Express CEO Eric Fuller, Werner CEO Derek Leathers, Schneider CEO Mark Rourke and two former members of the U.S. House, among others.

Members will give advice on how to "accelerate the adoption of autonomous long-haul freight in areas including regulation, technology, freight logistics, and leadership," TuSimple said in a press release. Werner and Schneider were also announced to be investors.

McKinsey's timeline tracks with Locomation's, as well. The tech-maker is due to deliver the first of 1,120 Wilson Logistics tractors equipped with its Autonomous Relay Convoy technology early next year. Platooning is on a faster timeline than L4 operations. Fulton said he would be interested to see if other autonomy developers decide to follow Locomation's model, which will be able to make money in the near term.

"Also, it's a lot more tangible for the truckers themselves, because they can [understand] what they will still be able to do and what the vehicle behind it does," Fulton said.

TuSimple's intent to have completely driverless operations is a gap Mullen said regulators must mind. In 2018's AV 3.0, the DOT clarified that FMCSA regulations would no longer assume the driver is always a human or that a human is necessarily onboard the truck.

"I'm extremely bullish on the safety benefits of autonomous trucks."

But, Mullen said, how would an AV talk to law enforcement? How about putting out triangles or cargo securement?

"That's what the federal regulations from the FMCSA side are trying to address," he said. "The developers are in the process of tackling those issues, and I think we'll be fine."

Mullen said TuSimple's focus in 2021 is more on operations than regulations. Before year's end, the company aims to complete a run without a safety driver in the truck. Tests are ongoing in Texas, Arizona and New Mexico, which allow L4 testing without a human.

"I'm extremely bullish on the safety benefits of autonomous trucks," Mullen said. "I think it's going to be a game-changer, when it comes to highway safety." 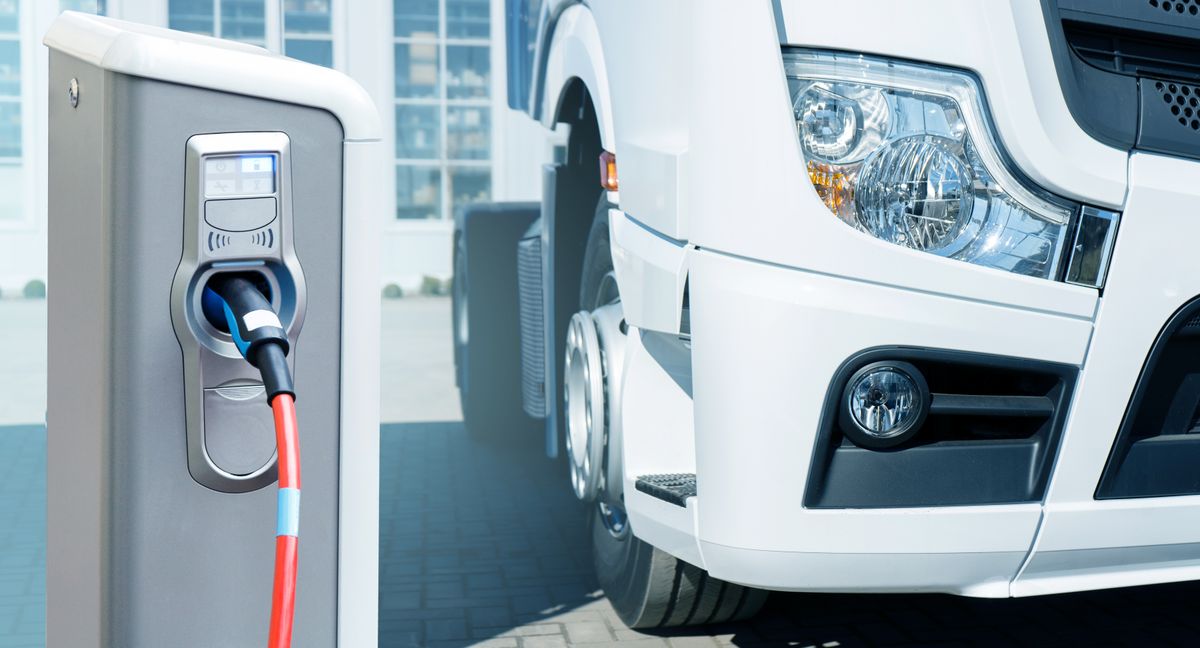 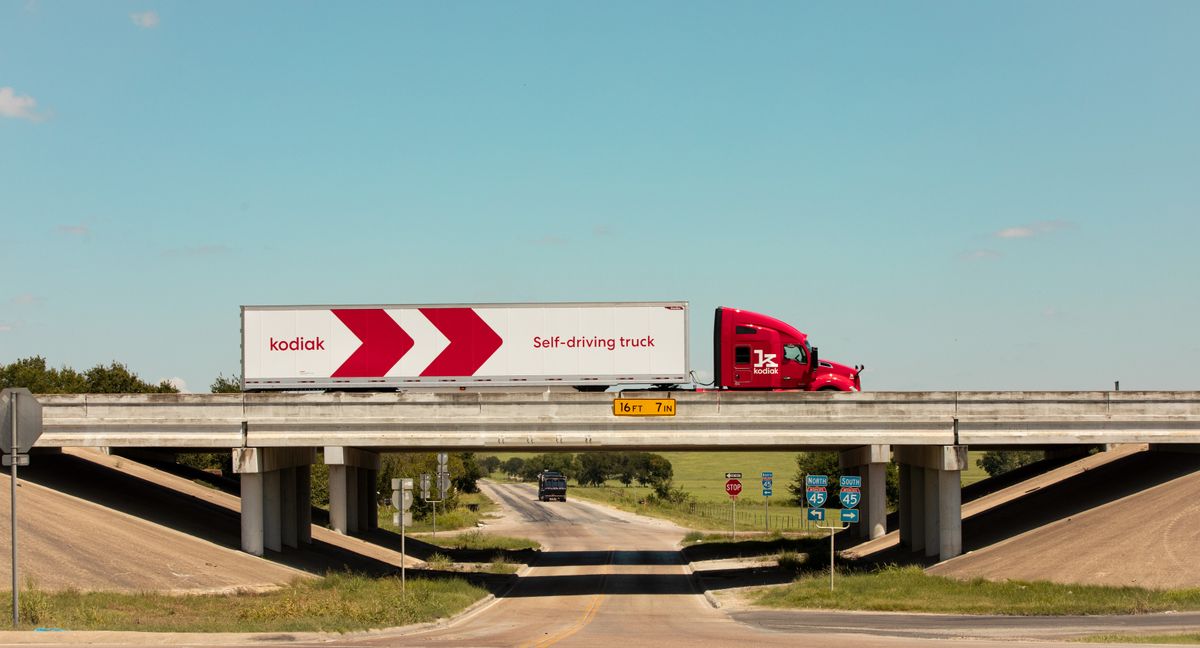