The smaller the truck, the smaller the battery, which is why fleets such as PepsiCo's target medium-duty vehicles for electrification.

Electric trucks are the future for many major OEMs and fleets, but major change comes down to two central and familiar aspects: money and range.

Electric batteries for Class 8 trucks are expensive. Plus, they only allow shorter ranges, at least for now. For major fleets that make short runs, that is just fine.

PepsiCo is adding electric trucks as fast as it can, to help many of its 291,000 employees make deliveries. The trend has Ken Marko, PepsiCo's senior national fleet sustainability manager, talking more and more to a new kind of businessperson to get more trucks installed.

"I talk to utility guys," said Marko, speaking during a panel at this year's Advanced Clean Transportation Expo, held in Long Beach at the end of August.

But PepsiCo is targeting its medium-duty fleet first. Smaller electric trucks have smaller batteries. Class 7 and 8 trucks have to carry a lot of tonnage, a strain on the batteries, one that limits range.

For heavy-duty fleets and OEMs, it is a more challenging scenario, with costs and battery density the big issues, the same challenges from two years ago, the same ones that have largely prevented widespread adoption of Class 8 electric trucks.

Yet for Daimler Trucks, the largest North American truckmaker, ACT Expo was the place its CEO, Roger Nielsen, declared the verdict was in, and that battery-electric trucks would win the competitive race over hydrogen-propelled trucks. Nielsen made the announcement in April 2019.

At the end of 2019, there were 2,000 heavy-duty electric trucks and buses on the road, according to Tim Denoyer, ACT Research vice president and senior analyst. Denoyer said he believes that could rise to 4,000 units, including Class 7 electric buses, by the end of 2021. It's more but far from the progress that planners hope for.

"It's hard to argue with the financial case."

This year, there was no such dramatic statement from OEM CEOs similar to Nielsen's. While there were certainly proponents of electric and hydrogen, companies and groups pushing diesel efficiency, natural gas and propane also showed up at the expo. There seemed to be a small consensus that the immediate future will consist of a mix of renewable and even nonrenewable fuels, something quite unlike Nielsen's position.

Obviously, officials felt there were roadblocks to wider, sooner deployment of more electric vehicles. At the end of the expo, a Daimler official was asked what it would take to see widescale adoption of electric trucks. Her answer was simple:

Battery costs have come down but will they will need to come down more, said Kary Schaefer, general manager of product marketing and strategy at Daimler Trucks North America. And the batteries need to have more density to hold more electricity, for longer range, she said during a panel of OEM officials.

The barriers of costs and charging

Schaefer did not have to preach. Other OEMs and fleets are well aware of the costs.

Ann Rundle, vice president of ACT Research, said at present, the battery pack for an electric Class 8 truck makes up at least 55% of the cost of a new truck. That cost is expected to fall by a third by 2030, she said, creating a better total cost of ownership for long-haul fleets. For other applications, such as short hauls, the total cost of ownership for electric Class 8 trucks is already attractive.

Lion has 400 trucks and buses on North American roads, including 10 Class 6 in use by Amazon. Amazon also has a purchase agreement for another 2,500 Lion Electric trucks within five years.

"It's hard to argue with the financial case," said Alexander.

Indeed, many electric-truck proponents argued the same thing. But for now, the initial expense of Class 8 trucks weigh heavily on the minds of fleets. Experts say the heavy battery packs can hold more power and more cheaply too.

"The battery technology still needs to improve," said Chris Nelder, host of the "Energy Transition Show," and an advocate of electric trucks.

To Nelder, the biggest challenge is charging infrastructure, which he considers a larger problem than cost and density. While the electric grid is many more places than diesel, charging stations that can meet the needs of Class 8 trucks are not.

The stations have to be quick and have enough power from the grid, too. Utilities have to install charging infrastructure, and they will have to find a way to power the infrastructure as the number of electric cars, trucks and buses takes off.

Host of the "Energy Transition Show"

The transport industry is slowly being guided by states such as California to transition to zero-emission trucks. The mandates from the planners have been coming. On June 25, 2020, the California Air Resources Board unanimously passed its Advanced Clean Trucks rule. It mandates that by 2045, every new truck sold in California will be zero-emission.

It was that kind of political environment ACT Expo attendees were coming back to, a state happy to regulate trucking and an industry that has need of clean, green trucks doing short runs from the Ports of Los Angeles and Long Beach, lanes ripe for trucks with limited fuel range.

But a problem for-hire fleets has is not educating themselves on electric trucks, Nelder said. Fleets are busy with diesel-powered trucks, and the industry all too easily listens to negative bits of information about costs and range.

Transport experts are noting more and more that the total cost of ownership will be lower for electric trucks. In February, Denoyer said the purchase cost for a new electric truck is higher than a new diesel-powered truck, by as much as 40% to 50%.

"Even with that, the total cost of ownership is lower," said Denoyer. "Because you are going to spend less on fuel and maintenance over the life of the vehicle."

And the expertise required for electric trucks is already there, Nelder said. Big and medium-sized for-hire fleets have sophisticated equipment now, complicated machines that require expertise. Those fleets can certainly handle a few electric trucks, he said, as the industry makes a long, slow transition to cleaner trucks.

But the pace of interest and urgency needs to pick up, Nelder said.

"They're not studying [it]," said Nelder. "They're not trying to learn anything about EVs."

This story was updated with comments about Class 8 truck battery costs. 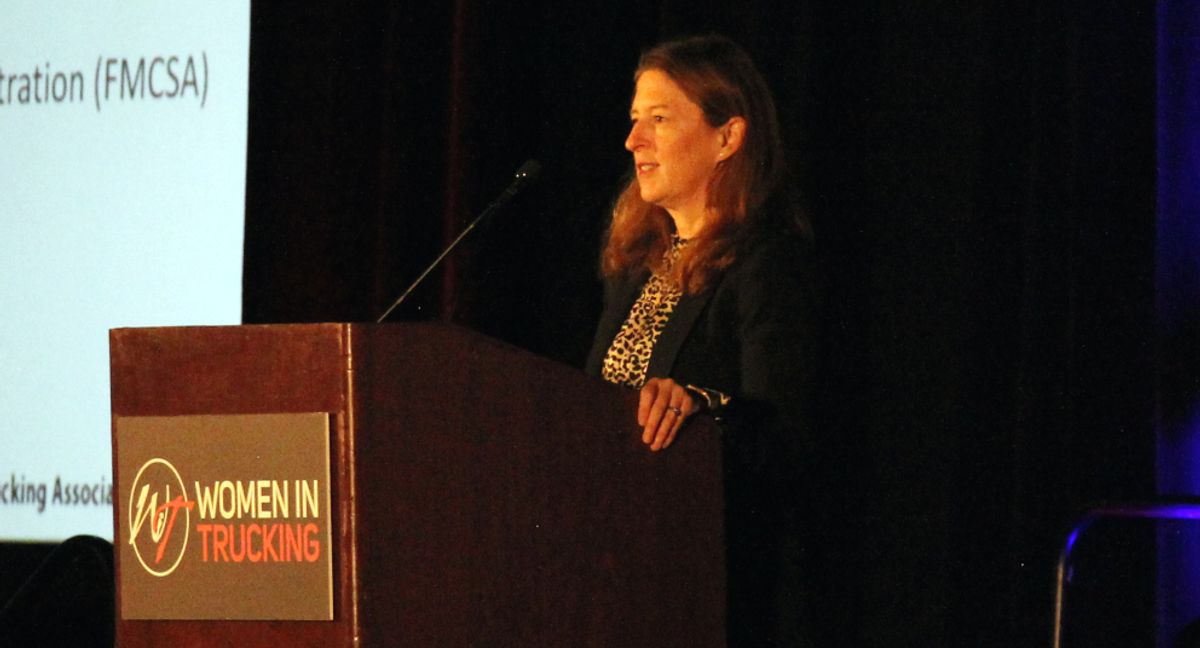 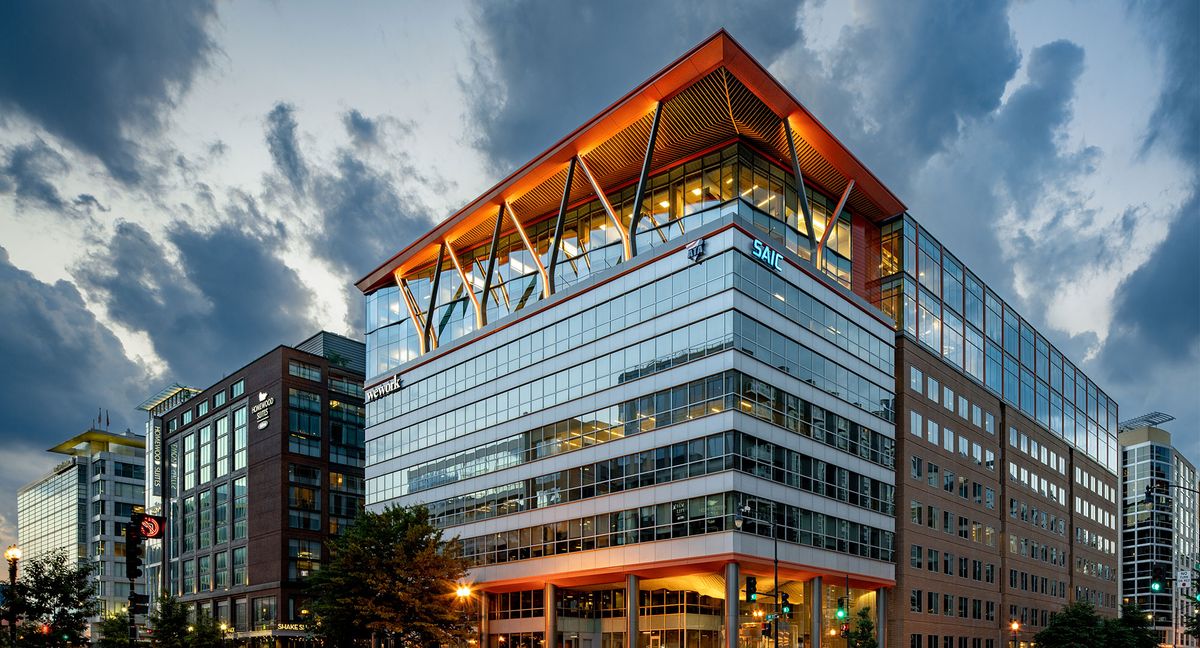 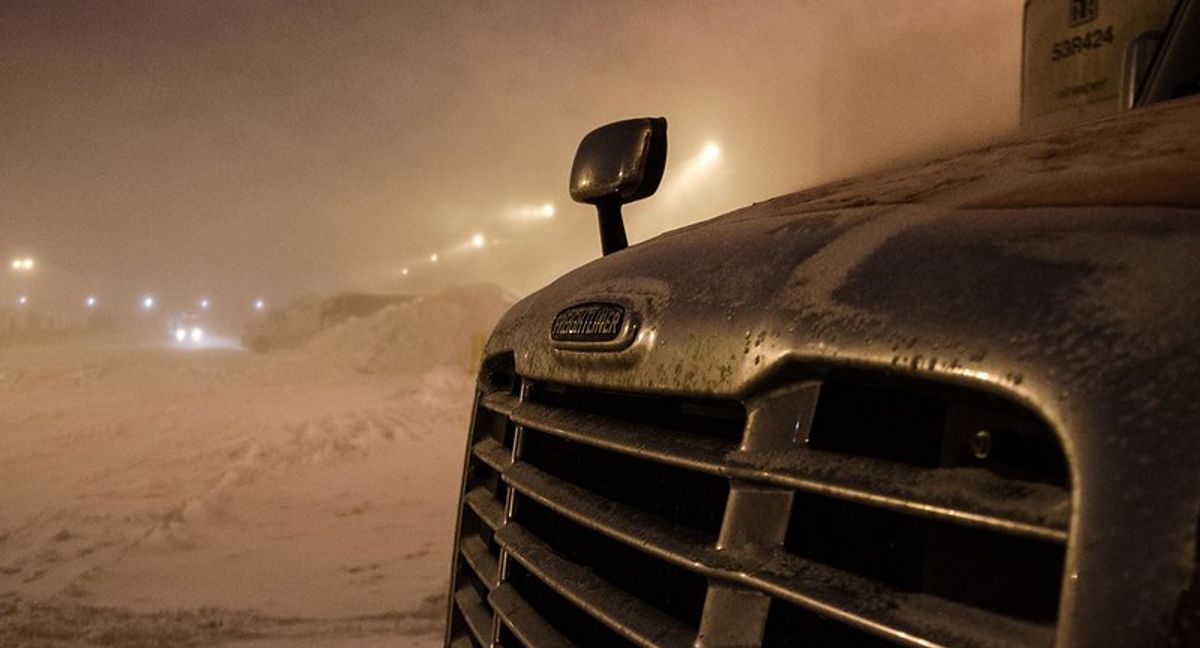 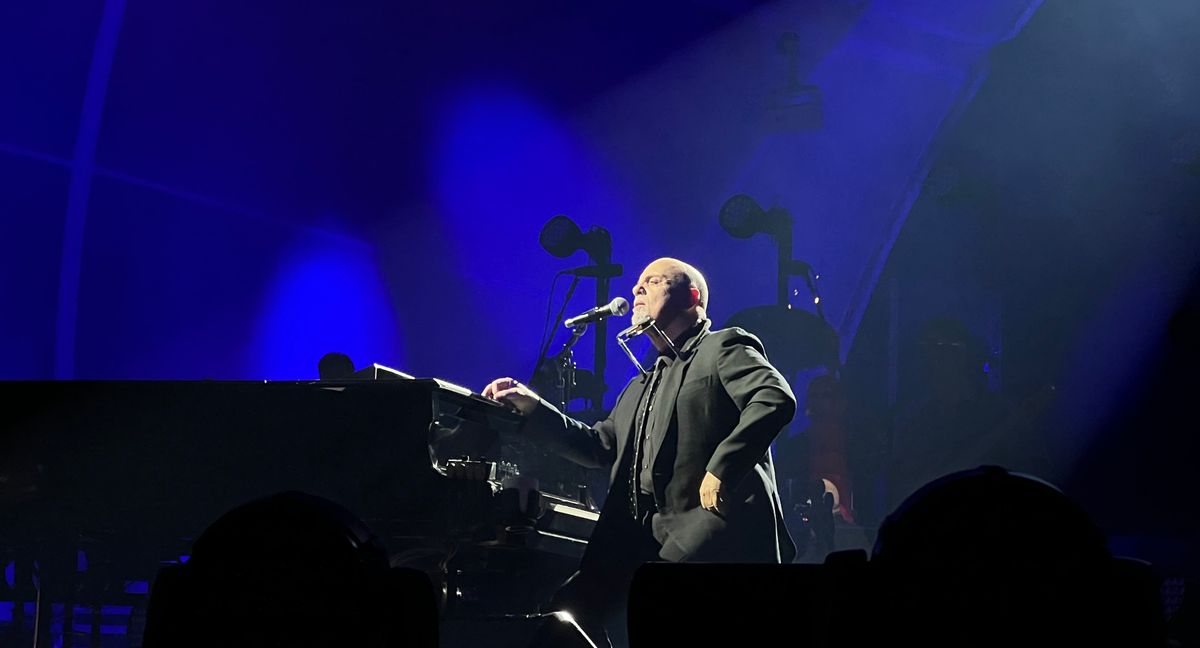 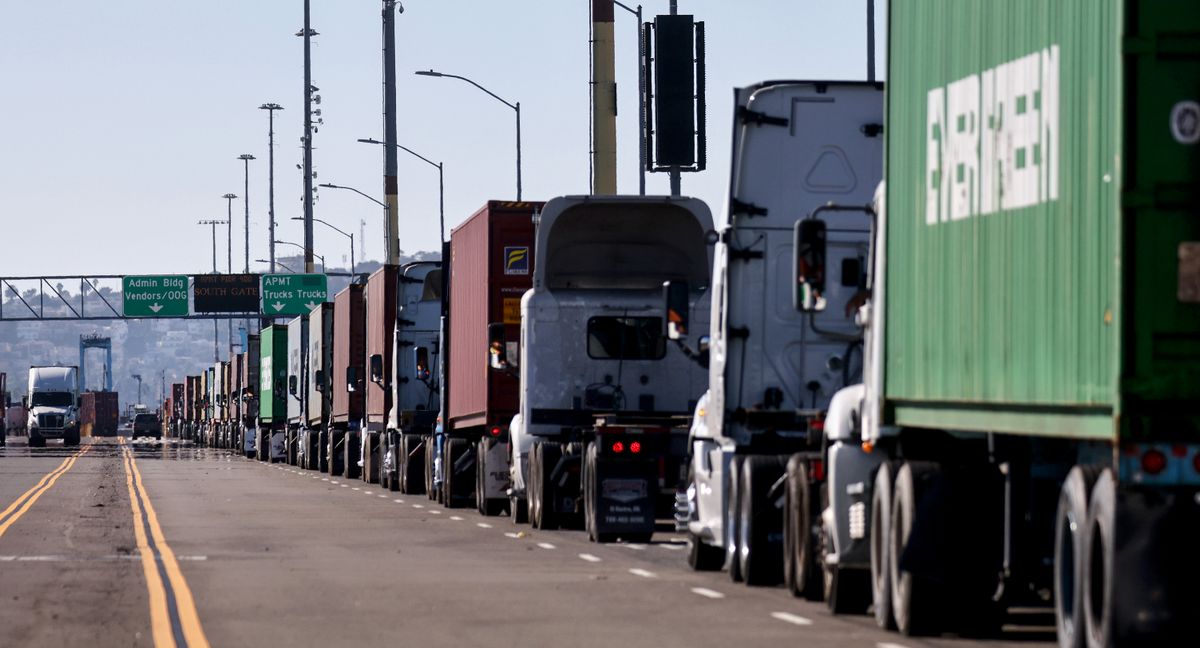 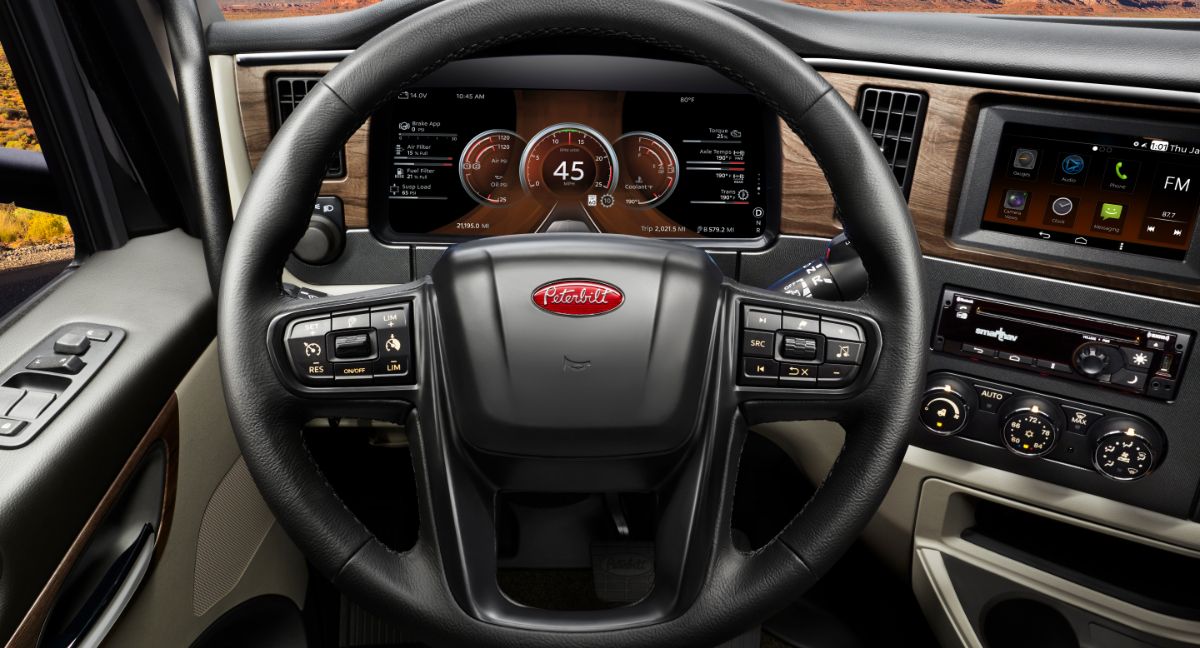 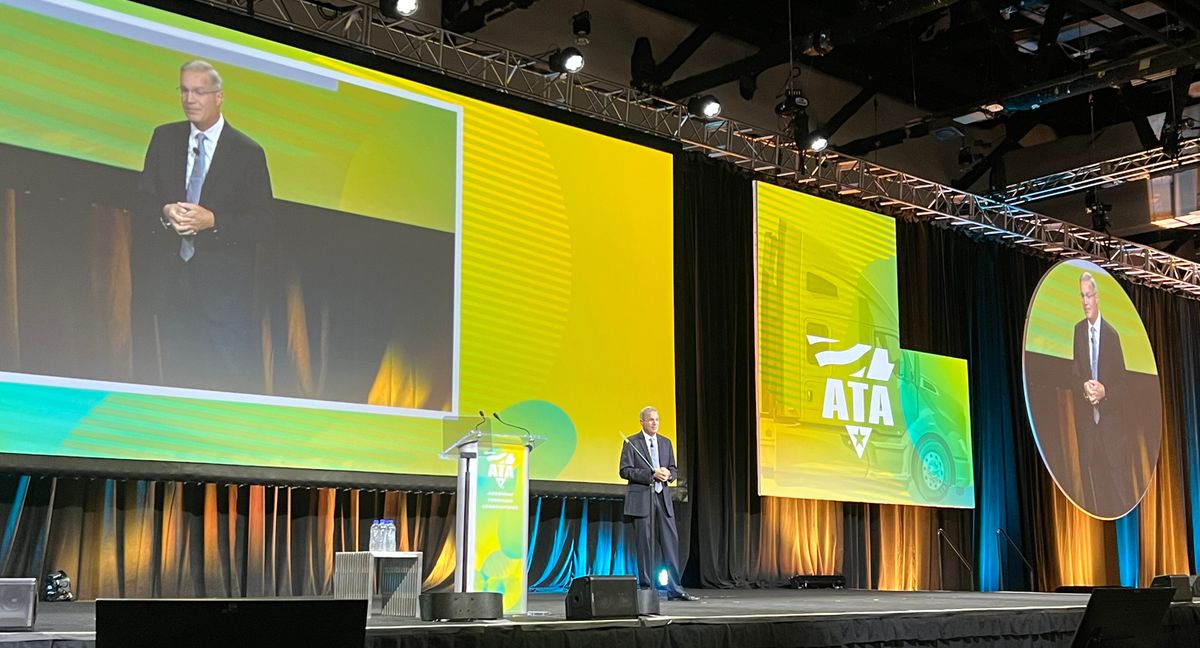