Owner-operators and Trump accuse intermediaries of price gouging, but brokers say there is an obvious freight decline creating a supply-demand imbalance and low rates.

It was a "Fox & Friends" shot heard 'round the trucking world.

On May 8, President Donald Trump called into the Fox News morning show and blamed brokers for the drop in rates that truckers receive for carrying a load.

It's not surprising Trump has the issue on his mind. He is up for re-election, and independent truckers who use 3PLs for freight number about 200,000, a figure that could be the margin of victory in the battleground states. And protests on the subject had been popping up across the country since late April.

Many independent truckers had made their way to Washington, D.C., to protest the plunge in rates, which they partially blame on freight brokers. The truckers often park in the area of Constitution Avenue and 14th Street, close to the White House. They sometimes honk their horns to get the attention of the president and Congress.

"[Brokers] don't work so hard. [Brokers] sit in an office some place. It's not good."

"Oh, they are price gouged," Trump told the morning panel. "They're not asking for much. They want to be treated fairly, so we're handling the truckers. We're going to take care of that."

Emboldened, the truckers did not let up on the protests as time went on. On May 15, as Trump spoke in the Rose Garden addressing the COVID-19 crisis, the honking often drowned out his remarks.

As days went on, Trump had the issue on his mind even as other business groups pleaded for their industries. On May 18, Trump met with restaurant industry officials about the COVID-19 shutdowns. U.S. Labor Secretary Eugene Scalia was in attendance, and it was then Trump unleashed one of his characteristic populist broadsides.

The truckers had the president's attention, but not just his. The president's chief of staff, Mark Meadows, went down the street to meet with the truckers on May 14. Meadows then met with two trucking representatives in his office on May 20, according to a White House official who emailed Transport Dive. Meadows has been instructed to look at the complaints, especially transactional transparency and a lack of fairness in the brokerage process, the official told Transport Dive.

The protests and remarks have been irking the brokers' chief association, the Transportation Intermediaries Association (TIA). CEO Robert Voltmann said the president is scapegoating the brokers, who find freight for the truckers for a percentage of the load payment — usually about 16%.

Also irking TIA is the cause of the low rates: COVID-19 and the shutdowns it caused. Voltmann said trucking was already sliding into a freight recession in January, and then came the coronavirus. On May 18, TIA reported its market summary for Q1 2020. It showed total shipments dropped 3.4% to 1.3 million, with revenue dropping 8.5% to $2.6 billion.

While many freight bookings disappeared, truck drivers did not, Voltmann told Transport Dive. The shutdown of so many factories and businesses caused a drop in freight volume, while truckers were declared an essential service segment of the nation, creating a basic supply-and-demand imbalance.

"Why would rates be high, if there is no freight to move?" Voltmann said. "The marketplace is the marketplace."

The turmoil meant the 200,000 independent carriers and 18,000 brokers remained during the COVID-19 crisis, chasing a dwindling freight volume. Offer rates from shippers dropped during the past two months from $1.60 per mile to $1.10 per mile, on average, nationwide, he said. Posted dry van loads dropped by two-thirds in April, its lowest-ever mark, Voltmann said.

The brokers need the carriers

TIA is communicating these facts to the Trump administration, Voltmann said. And outside of government, the TIA has been increasingly on the offensive since the truckers began their protests in Washington. Voltmann also went on YouTube with a defense of 3PLs.

"There's a lot being said about truck rates and brokers these days. Most of it isn't true," said Voltmann. "No one is getting 'pre-virus' rates, like some snake oil salesman will have you believe."

Voltmann said truckers do not have to accept the lower rates, and he told Transport Dive many drivers either are not finding freight, or they are not accepting rates, with many instead parking their trucks on Constitution Avenue near the White House.

Voltmann noted the brokers need the truckers — thus, brokers are "incented" to build relationships with carriers, which is hard to do when rates crater.

The freight broker industry is a large segment of trucking, including companies such as C.H. Robinson, J.B. Hunt, XPO, Echo Global Logistics and much smaller players. Voltmann noted it is extremely competitive and fragmented, with many to choose from.

Shelley Simpson, J.B. Hunt chief commercial officer, told investors during the company's Q1 earnings call on April 14 that the company didn't see dramatic changes in competition during the first quarter. But the diverse landscape has led some brokers to up their game and perhaps offer very attractive spot rates to shippers.

"I do think that because of the fragmentation of brokers, there are some brokerage companies that aren't doing as well, and so they are a lot more aggressive, particularly in the spot environment," Simpson told investors.

A trucker calls for transparency

Jimmy Hodge was one of the independent truckers who came to Washington to protest the rates. A Chattanooga, Tennessee, resident, he and his wife drove to the city to lend their support. He was one of the few drivers left on Constitution Avenue before the Memorial Day weekend.

Hodge told Transport Dive that drivers cannot hit the road with freight with some offered rates as low as 80 cents or 90 cents per mile.

"I think it should be fair down the board," said Hodge. "They are not asking for more than their fair share."

Hodge drives an older red Peterbilt model, and nowadays he hauls race cars. In the past, he has hauled just about every type of freight, Hodge said.

Transparency comes up often as the main issue that independent carriers want. At the heart of the issue is a federal law telling brokers to keep records of each transaction. The records must be presented to carriers upon request. And the TIA conceded this in a letter to brokers explaining what to say if carriers ask to see the records.

But there is a possible catch for carriers who ask for records. Carriers have a right to see them, but some shippers have confidentiality clauses in their contracts with the brokers. TIA instructed brokers to tell carriers that, if they obtain records, it would disqualify them from getting loads from any shippers with confidentiality clauses. Brokers were asked to explain to the inquiring carrier how much shipper business this would represent.

Voltmann said shippers seek confidentiality to protect their competitive advantage from other shippers and rivals in the marketplace. He said this is an old political battle, one brought up by the Owner-Operator Independent Drivers Association (OOIDA) in 2005 and 2010.

"We know there is no price gouging," said Voltmann. "What [OOIDA] wants is more regulation."

"I think it should be fair down the board. They are not asking for more than their fair share."

OOIDA conceded in a letter to Congress on May 6 that the confidentiality clauses are legal, but the organization believes they are too often requested. Carriers are usually eager to sign the papers to get the work.

"OOIDA discourages this, but the practice is so prevalent that truckers often have no other choice if they want to haul a brokered load," OOIDA officials said.

OOIDA spokesperson Norita Taylor told Transport Dive in an email that there is no way to tell if the rates that brokers are being offered are exploitative without seeing the records.

But Taylor does believe the spot rates are too low. "The rates being offered right now to small-business truckers are not enough to break even and stay in business," she told Transport Dive.

OOIDA said the solution to the transparency issue is to require brokers to immediately provide an electronic copy of each transaction record, once the contractual service has been completed, with no exceptions.

"This would allow carriers to identify brokers who truly are taking advantage of them during the crisis, as well as after it," OOIDA said in its letter to Congress.

"Those were dark days that didn't work. By deregulating, we unleashed entrepreneurship, and owner-operators, to move freight."

The second item that OOIDA wants is to "prohibit brokers from including any provision in their contracts that requires a carrier to waive their rights to access the transaction records as required by [federal law]."​

Voltmann said brokers usually agree with OOIDA on issues of trucking deregulation, but OOIDA's regulatory request risks the health of the 3PL sector. Most Fortune 100 companies don't have private fleets, such as those of Walmart and Pepsico, so they use 3PLs, he said. If Congress gets rid of confidentiality, companies could obtain private fleets or go with the big for-hire carriers. And trucking would return to the pre-1980 days of regulation, in which carriers were limited by law to certain routes, he said.

"Those were dark days that didn't work," said Voltmann. "By deregulating, we unleashed entrepreneurship, and owner-operators, to move freight."

Rates will eventually go up, he said, and as the economy recovers, it will be shippers who complain about rates. There will likely be no long-term change to the broker-independent relationship, as 2005 and 2010 protests saw no change. But a change in the law could seriously affect the industry, Voltmann said, and not for the better.

"That would be a real shame as we have created the most efficient logistics systems in the world," said Voltmann. 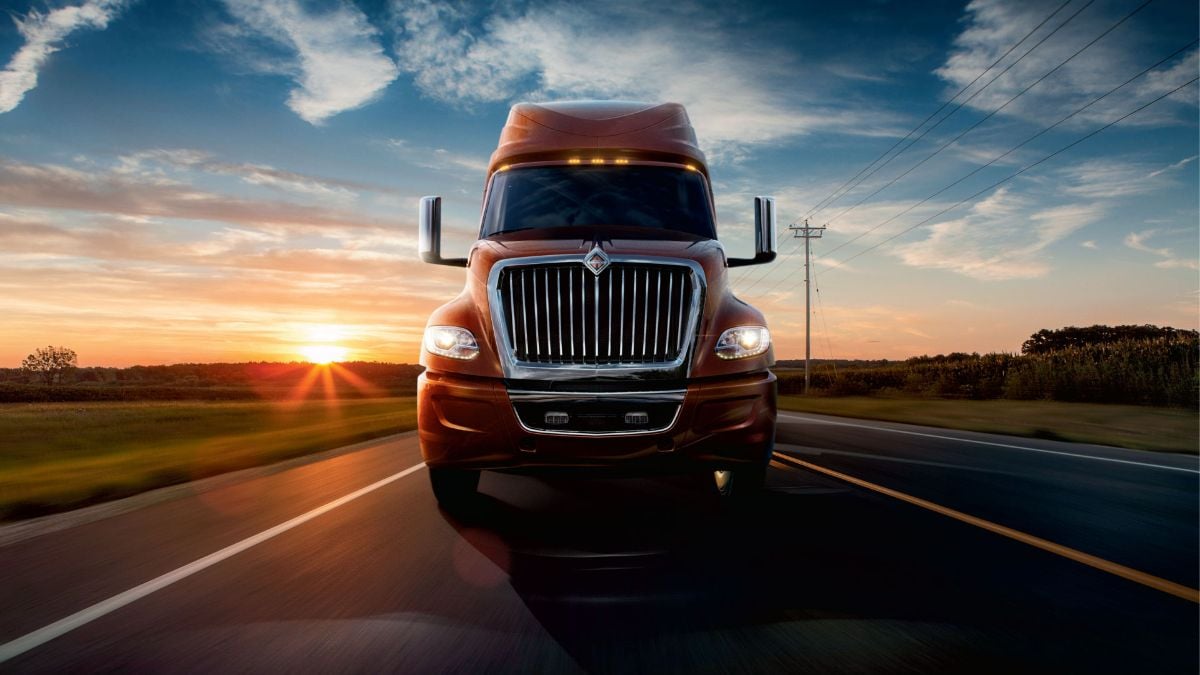 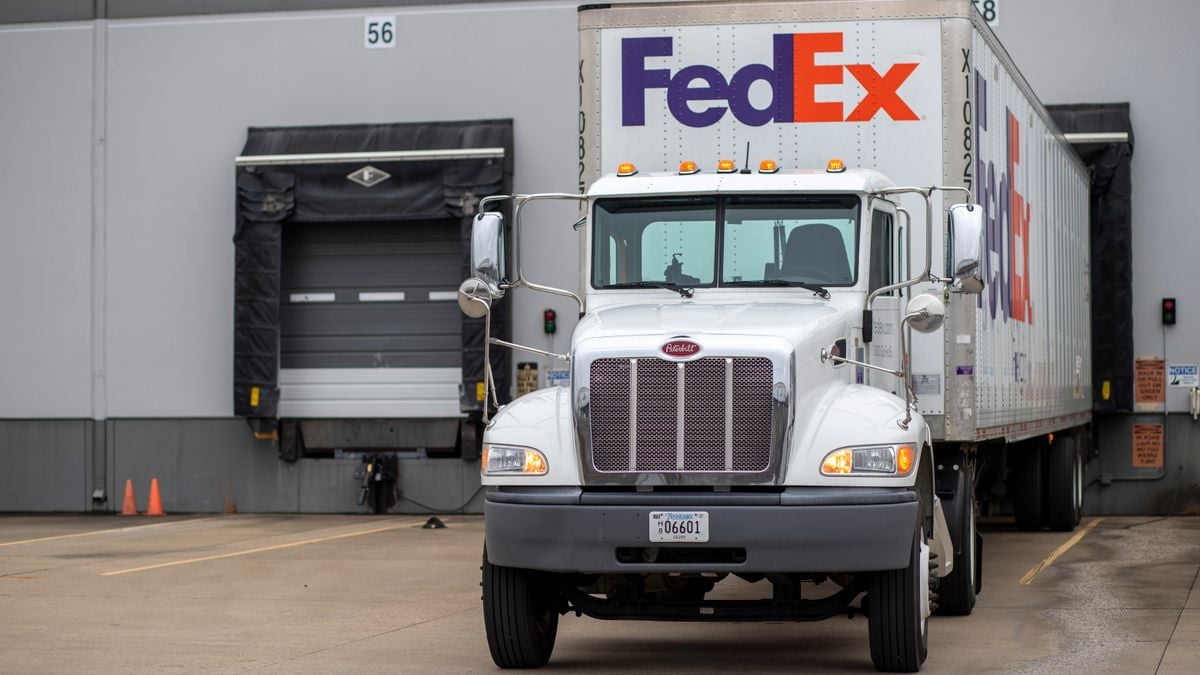 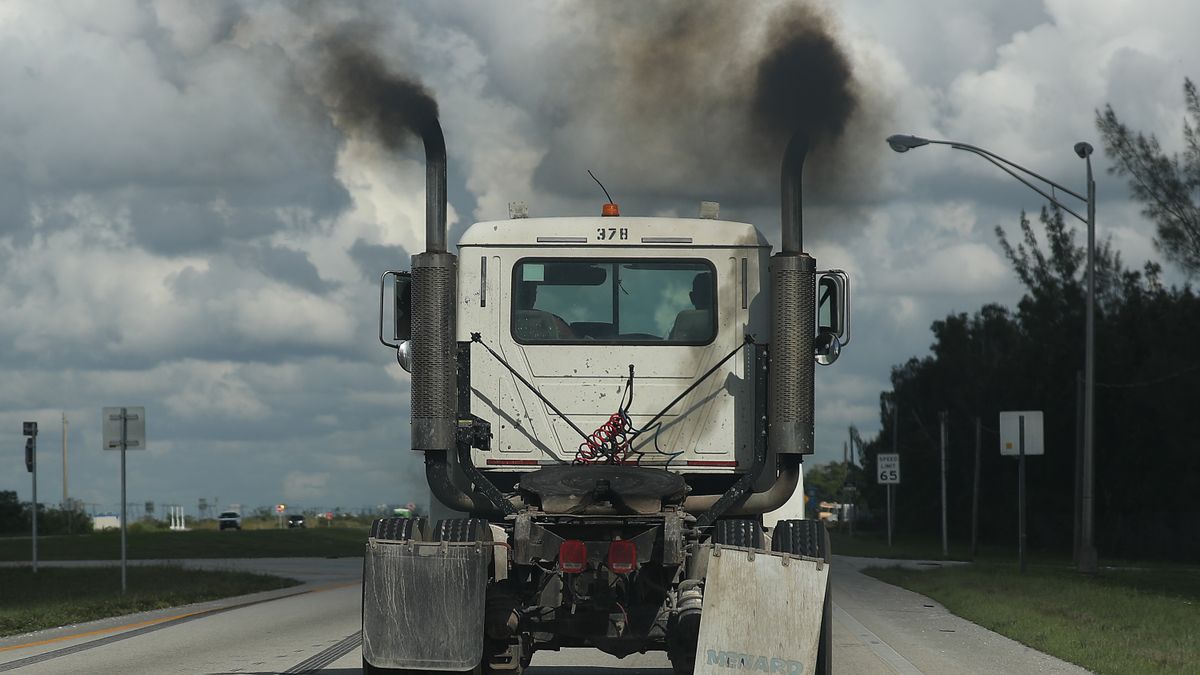