From July through the end of November, almost 31,000 trucking firms registered or obtained motor-carrier authority with the FMCSA — more than in all of 2015.

Spot rates have been rising for so many months that there has been a record increase in the number of small carriers obtaining authority from FMCSA, according to analysts.

The smaller carriers are arriving just in time, too, as many large fleets devote themselves to regular routes. Analysts say large contract carriers are seeing good revenue per tractor and don't want to take lesser routes that would eat away at that.

The big carriers' focus on core contract TL routes has turned many shippers to look at the TL spot market. Spot market dry van load volumes were up 107% YoY in October, while contract dry van volumes are down 10%, according to Dean Croke, DAT principal analyst.

It all leaves plenty of routes for smaller firms, even as volume and tonnage are down compared to last year. High spot rates work like a magnet, drawing smaller firms into the market. Before they can hit the road, these firms have to request FMCSA authority to operate as motor carriers.

From July through the end of November, almost 31,000 firms registered, or obtained motor-carrier authority, with the FMCSA, according to Avery Vise, FTR vice president of trucking. That's more than all of 2015, Vise added, when 30,500 motor carriers registered with the FMCSA.

"It's an unprecedented surge," said Vise.

Spot rates spike in 2020 but show signs of plateauing

Vise said the trend has shifted some TL capacity from core carriers to the 3PL industry. About 70% of the freight truck market is contract TL, but Vise thinks that will diversify through the years, with more 3PL entities behaving like non-asset-based TL carriers in terms of market dynamics.

The spot TL surge has strengthened employment and truck sales. The trucking industry added 7,700 jobs in November, not seasonally adjusted, according to the Bureau of Labor Statistics.

And used-truck volumes have been strong through the last six months, said Tim Denoyer, ACT Research vice president and senior analyst. "It's fair to say used truck sales are going to be up next year," said Denoyer.

Used truck prices are lagging volume, but eventually, they will catch up, Denoyer said.

The main reason for so many new and smaller carriers is the profitability factor, according to Croke.

It's not just that spot rates are up more than 30% since July 1. It's also that the price of diesel is down. For the week ending Monday, the Energy Information Administration found that average diesel was $2.559 per gallon, down 48.7 cents from a year earlier.

Given that diesel is roughly 34% of operating costs for a truck, "that changed the equation" quite a bit more than the rise in spot rates tells, Croke said.

By his estimate, a truck that runs 110,000 miles a year has operating costs per mile of $1.58, and that includes a salary for the driver. It means about $7,000 for a truck in profit. But with spot rates up and diesel down, the profit has expanded for independent owner-operators.

The arrival of so many smaller carriers is likely a relief to 3PLs and shippers. Vise told Supply Chain Dive in November that brokers and third-party logistics firms are likely in a better position to handle shippers' needs than they might have been earlier in the year.

Helping the small carriers along is the growing digital freight-matching market, which is broadcasting information to more players on a second-by-second basis. That is much different than the transport landscape 10 years ago, said Vise.

"The digitization of the 3PL industry is allowing this capacity on a contract basis," said Vise.

Croke said he doesn't have specific data on what types of trucks are entering the market, although he said he suspects the majority are dry vans responding to e-commerce. Since many independent owner-operators can help larger carriers, Croke said, many of the firms are likely pinch-hitters for larger carriers on certain routes.

"It follows the normal distribution" geographically, with a plurality of new trucks on the road in Texas and other large states, said Vise. But it's the national spot market making the trend.

"Most of the factors that seem to be driving this don't appear to be regional," said Vise.

The new carriers are being lured back into the market the same way they were in 2017-2018, when there was a freight boom, Croke said. It's the same type of lucrative period when capacity has to catch up with demand.

Vise said beginning in July, through October, every month set a record for newly created motor carriers. The year is on track to set a new record with 55,000 registrations, 25% more than 2018, he said.

2020 is on track to set a record for new carriers

But capacity hasn't caught up to demand enough to tame the spot market. Since July 1, dry van rates have risen from about $1.76 per mile to $2.44 per mile for November, according to Croke's data. "The industry has been adding capacity but a much smaller rate than [spot-rate growth]," said Croke.

The odd market trend is that spot volumes are up 100% in a year, said Croke. The pandemic is also causing some of the upward push. In the spring, during the first peak of the COVID-19 crisis, rates initially surged. But the plunge soon came after panic-buying subsided. Spot rates dropped so low, owner-operators drove to Washington, D.C., to park their trucks and honk their horns to express their frustration with rates and brokers.

Now the economy is heating up and there is plenty of room to grow. The trucking sector's employment level is still 1.3% below where it was before the pandemic broke in March, said Denoyer.

Croke doesn't think spot rates will hold up in 2021. He thinks next year "could be another 2019," when the freight market slowed down and some carriers went bankrupt. Fleets cut costs and were unsure of adding capacity because of market concerns. That helped lead to the present-day surge in rates.

"Spot rates will basically level off. We're not envisioning a big swing down."

Signs of spot-pricing plateauing have already materialized. For the week ended Sunday, DAT reported spot TL postings fell 15%, while trucking postings increased 13%. It was "a sign that capacity is loosening ahead of the Christmas holiday. With less freight and more trucks in the marketplace during the week ending Dec. 13, spot truckload pricing was generally flat compared to the previous week."

The trend of so many carriers brings to mind the bust cycle that trucking saw in 2019. The cycle was worsened by a United Auto Workers strike, and many carriers — small ones and big ones such as Celadon — shuttered. Vise doesn't see spot prices working to hurt these new carriers in 2021. Spot rates will be higher overall in 2021 than they were in 2020, Vise said.

"Spot rates will basically level off," said Vise. "We're not envisioning a big swing down." 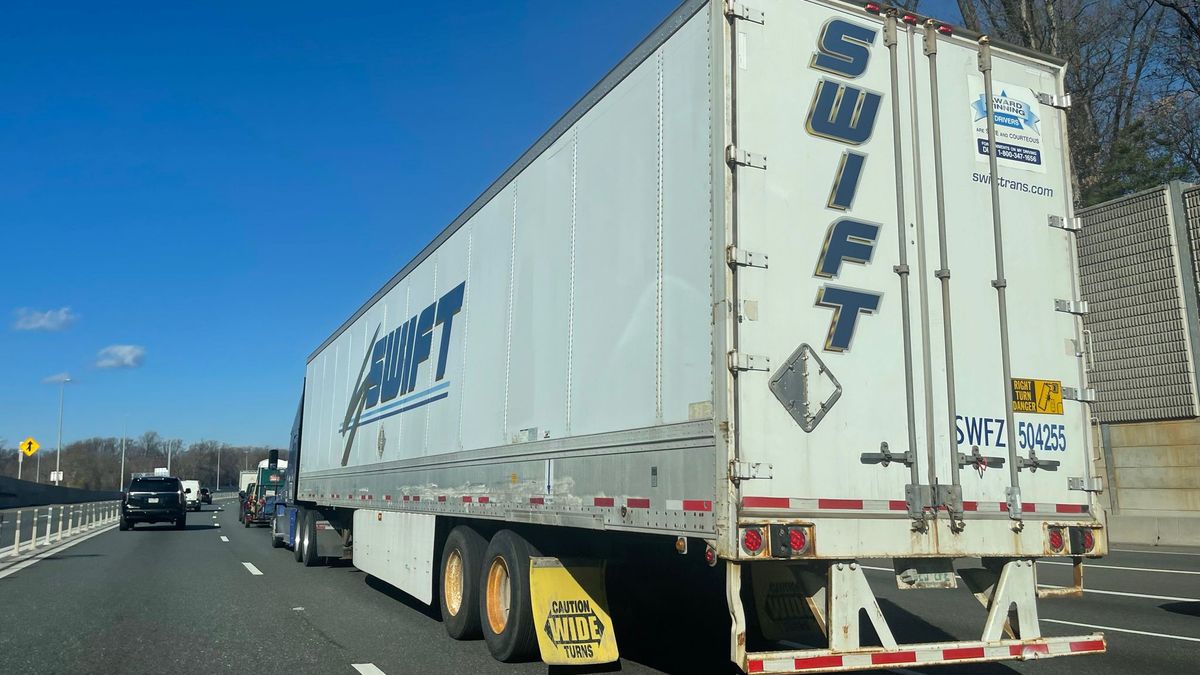