Drivers may flock to carriers who restart operations earlier and haul in-demand loads such as CPG products for grocers and retailers.

Stay-at-home mandates, travel restrictions and supply interruptions resulting from the COVID-19 pandemic were bound to impact the trucking industry.

Verizon Connect reported job losses in the trucking industry at more than 88,000 in April, down slightly (5.8%) from March, with 48% of queried carriers reporting significant decreases in freight levels. Geotab saw similar results, citing U.S. commercial trucking activity at 85% of normal since mid-March.

The American Transportation Research Institute (ATRI) and the Owner-Operator Independent Drivers Association (OOIDA) recently released details of their research on the effects of the pandemic on various aspects of trucking operations, including deliveries, travel times and retention. They found nearly 70% of specialized and tank truck operations were negatively impacted, with smaller fleets fielding greater negative impacts than larger fleets.

As the world grappled with the consequences of a global pandemic, fleets big and small turned their attention to their drivers, and many expect retention and recruitment to present challenges going forward.

Open up, turnover up?

ATRI didn’t find significant changes in driver retention specific to COVID-19, but the driver shortage preceded the pandemic. Joe Butzer, interim president of the Pennsylvania Motor Truck Association (PMTA), told Transport Dive he believes the reduction in revenue caused by COVID-19 over the past two months stole the spotlight from the driver shortage. "Many of our members lost 25% of their revenue as their customers shut down during the pandemic," Butzer said.

But as businesses begin to reopen, he expects the driver shortage to once again become a conspicuous issue.

In an industry that typically sees 40% to 43% annual turnover, according to ATRI, unpredictable market conditions only exacerbate the problem.

Turnover worries Butzer — specifically, if one trucking company’s customer base returns to normal operations faster than another’s, drivers may go to the company that offers more work. "This is totally out of every trucking company’s control, but it could increase turnover."

Not everyone is alarmed. "Our retention numbers are stronger than they’ve ever been," Dave Snitily, director of marketing for Crete Carrier, told Transport Dive. The carrier has not laid off any of its 5,700 drivers or 1,100 office and shop workers. In fact, he said the 50-year-old transport company was "up 3 million miles in May" over May 2019.

He credits the carrier’s cargo. "We haul a lot of consumer [packaged] goods: chocolate, beer, toilet paper — to stock the shelves of Walmart and other retailers," Snitily said, acknowledging that companies hauling parts for the automotive, construction and heavy equipment industries, as well as consumer goods imported from Japan and China or carrying food to restaurants, saw a downturn.

The initial impact occurred at the ports when containers from China were temporarily halted by the coronavirus, according to Jeff Kauffman, managing director for Loop Capital Markets and head of Tahoe Ventures, a transportation consulting company. It created a ripple effect that decreased long-haul trips. Although ATRI indicates local trips under 100 miles increased by more than 100%, depending on the markets, the availability of long-haul work decreased significantly as port traffic waned.

ATRI said almost 50% of haulers polled complained of freight levels as "somewhat" or "much" lower as a direct result of COVID-19. Without freight to haul, many drivers found themselves temporarily out of work. Others opted to park their trucks.

Whether due to mandatory shutdowns, quarantined employees or simply a lack of demand during the epidemic, PMTA’s late president, Kevin Stewart, said in mid-April that some industries no longer needed shipments of supplies. He specifically mentioned significant declines in aggregates, concrete and blacktop for road construction, as well as equipment haulers for road and bridge building.

Similarly, Jordan Carriers, a trucking company based in Natchez, Mississippi, saw a steady decline in business in the first quarter, in part because the plants it hauled supplies for cut hours.

The need for drivers

Despite the momentary decline in trucking jobs, "our industry needs more drivers," Butzer said. But Stewart said with commercial driving schools closed due to the pandemic, it was difficult to acquire new drivers.

Crete’s customers are sticking around, too. "Bid season is just wrapping up," he said, adding that he is pleased with renewals and growth in customer numbers. Crete has a "lot of mainstay customers," Snitily said. Some have been with the hauler for 30-50 years, and the fleet still has its very first customer. "We’ve won awards for on-time delivery from Kellogg’s, Walmart, General Mills and Home Depot."

While Snitily said rates have held steady for Crete, that’s not necessarily typical across the industry.

Butzer said rates are still depressed below pre-pandemic levels, and demand is not what it was before. Some haulers, such as Jordan Carriers, have been transporting loads at a lower cost to keep trucks moving as they wait out the pandemic. But Butzer said, “If a driver cannot get enough revenue in a week to cover his costs, they will likely stay on the sidelines until rates improve.”

Spot rates are rising. DAT reported van, reefer and flatbed rates have returned to pre-shutdown levels, which is helping attract drivers to the spot market. Even so, fleets foresee lingering negative impact from the pandemic, particularly as positive cases tick up in many states.

"There is no doubt that [COVID-19] is costing us all more," Butzer said.

"Whether it be social distancing, sanitizing common areas or sanitizing the trucks themselves, companies know what to do now."

As the weeks click by and businesses reopen, carriers are slowly becoming optimistic that load volumes will eventually increase. While ATRI discovered that 80% of owner-operators and small fleets had no disaster planning in place, many carriers are now implementing safety precautions, advising drivers to make fewer stops and to wear personal protective equipement (PPE) for their safety. Implementing safety procedures instills confidence, encouraging drivers to apply to or remain with a company.

"I believe that every business has become skilled at controlling the environment where workers could interact with each other," Butzer said. "Whether it be social distancing, sanitizing common areas or sanitizing the trucks themselves, companies know what to do now."

He said fleets can conduct orientations for new drivers in smaller groups. When business returns to pre-pandemic levels, carriers are prepared for the new way of hauling goods safely. 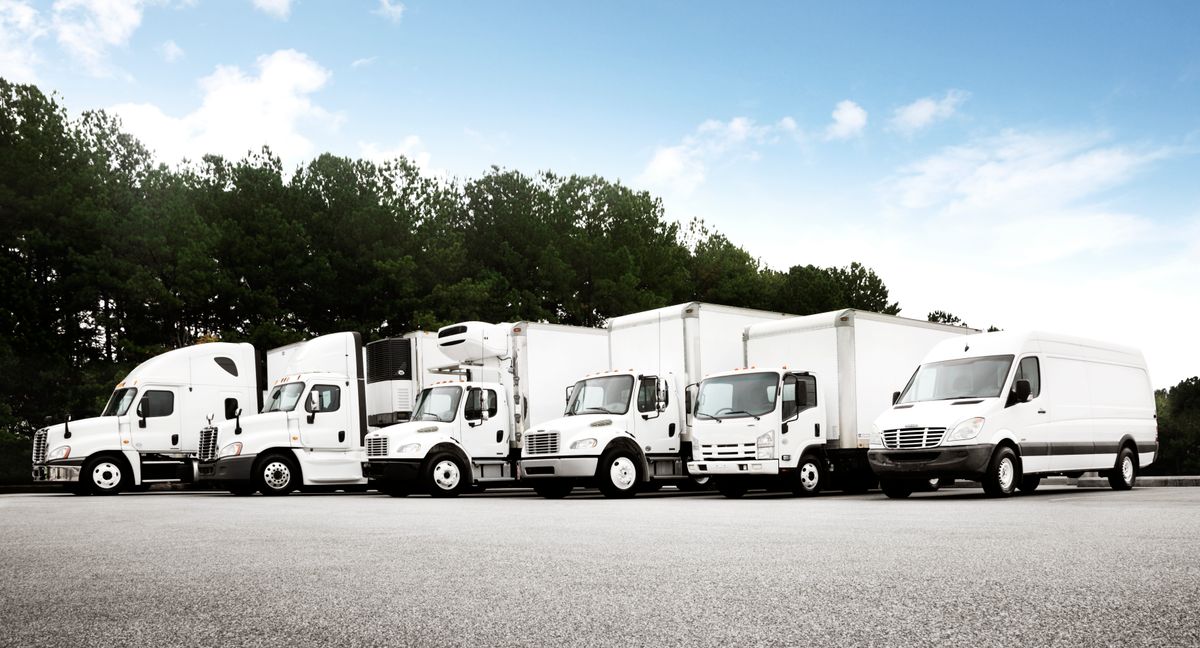 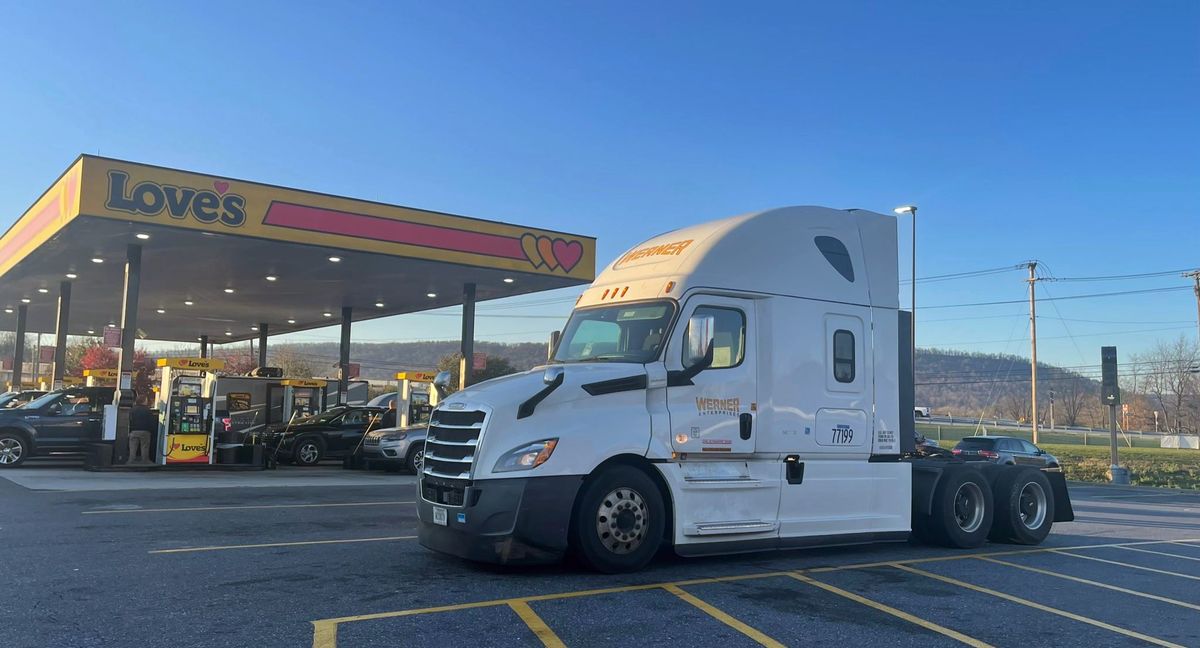 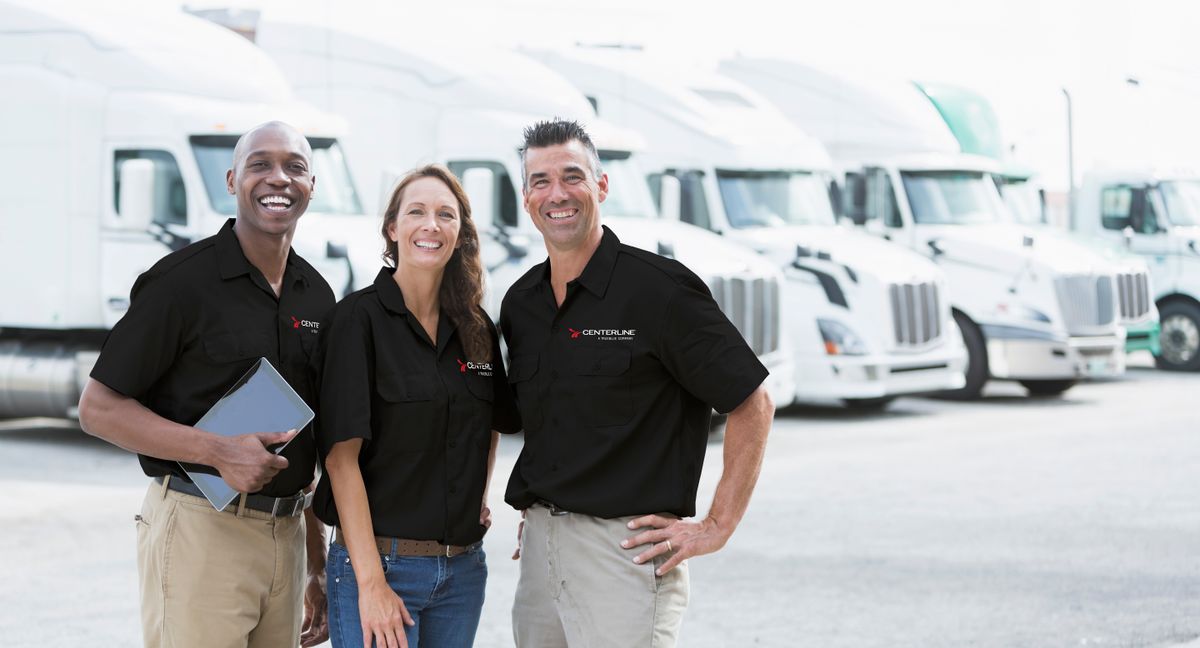 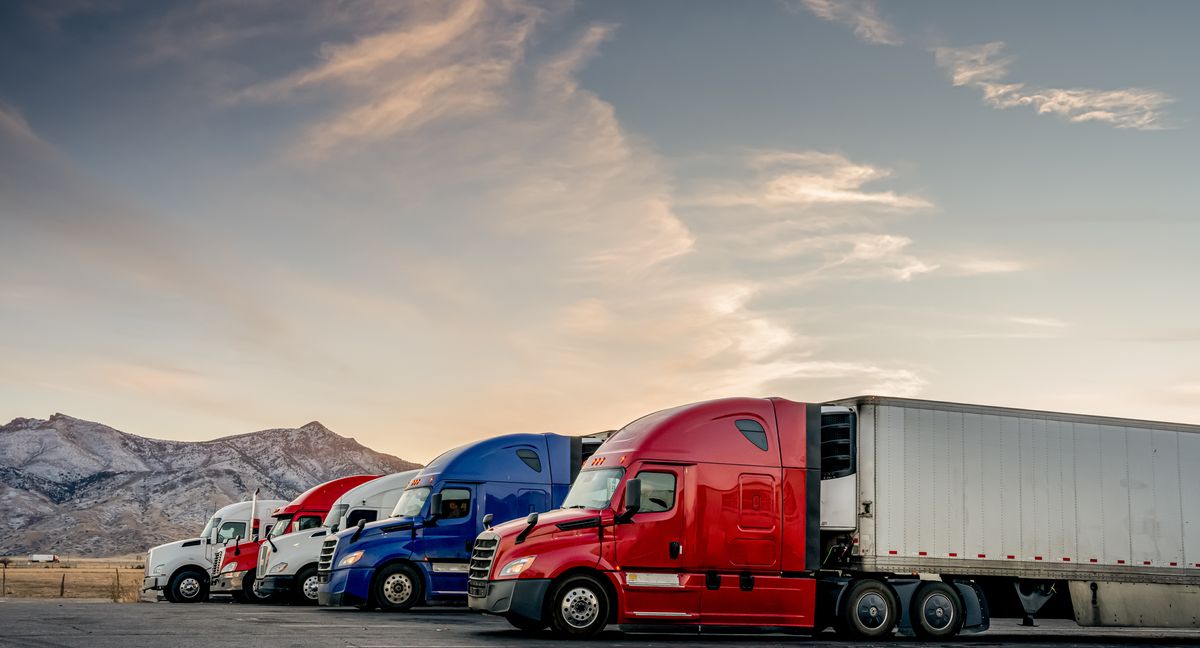 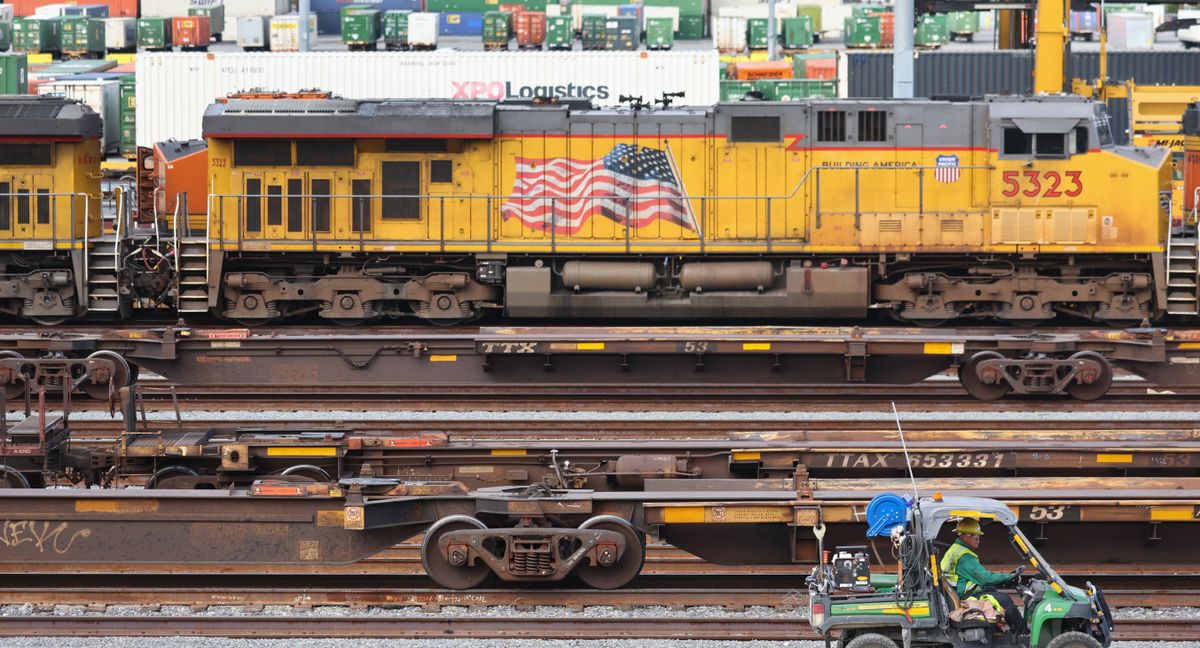 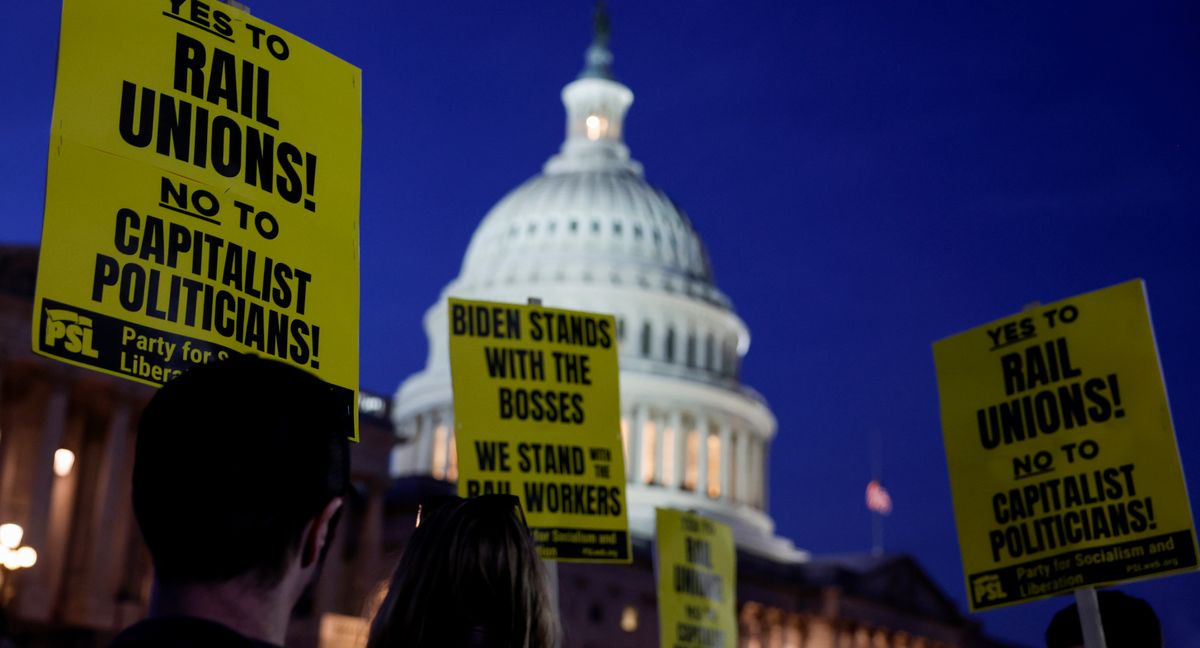 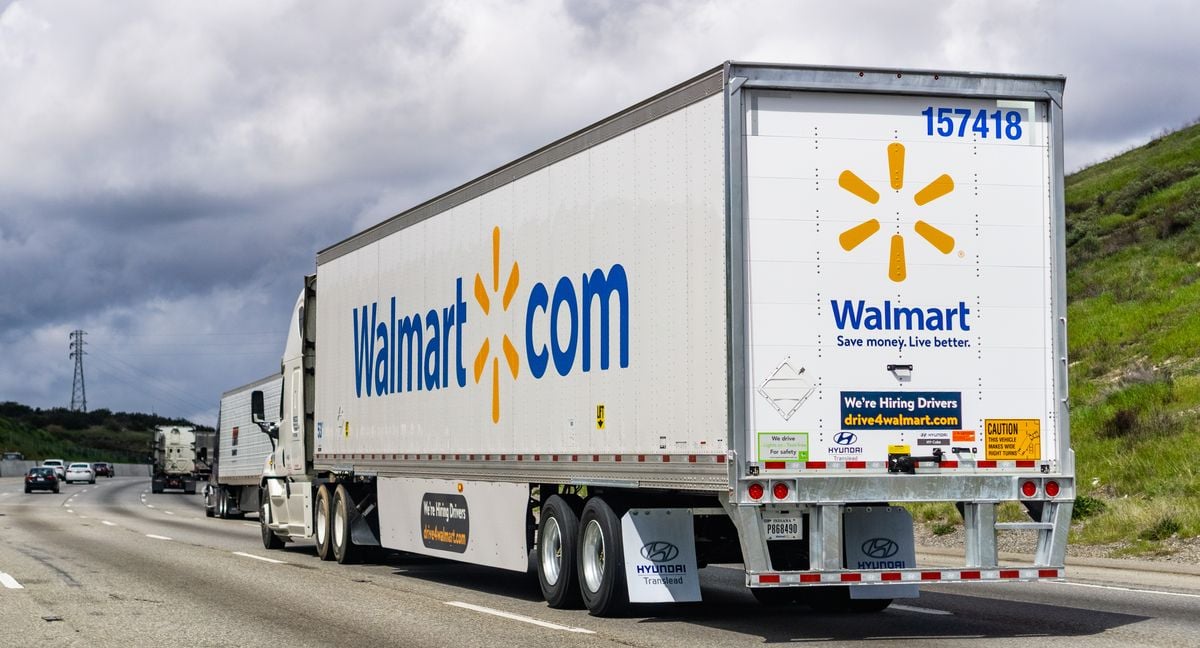