The closure of schools, colleges and universities in response to the coronavirus has been one the biggest disruptions to trucking and logistics. The disruptions began in March, when thousands of schools and colleges sent their students home for e-learning.

"At their peak, the closures affected at least 55.1 million students in 124,000 U.S. public and private schools. Nearly every state either ordered or recommended that schools remain closed through the end of the 2019-20 school year," according to Education Week. The closure of K-12 schools subtracted 2 percentile points from the annualized growth rate in the second quarter, according to an Aug. 2 report by Goldman Sachs.

Now trucking officials are weighing how the new school year will proceed on the tens of thousands of campuses across the nation — and how the schools' operations will affect demand for their hauls.

Many colleges and universities closed in the spring, sending students home and moving instruction online. Freight volume for college stores, which tends to be minimal in the spring, disappeared completely, according to Brad Alflen, VP of business operations and information technology at PartnerShip.

"Even [in July], universities did not have a plan."

VP of Business Operations and Information Technology at PartnerShip

With campuses emptied in the spring, many college stores started to build their e-commerce sites, which had been small or non-existent, said Alflen, and many college stores were not accustomed to shipping to students. A small part of PartnerShip's business was also requested through e-commerce, he said.

"Some of it went online and some of the business went to small packages ... on a FedEx or UPS truck," said Alflen.

College administrators began planning for a return to in-person instruction in the fall, anticipating they would be better prepared to manage the pandemic. Alflen said PartnerShip usually sees a large, pre-fall freight volume begin in July. But as PartnerShip conducted "surveys after surveys," it found colleges and universities were not sure what their reopening plans would be.

"Like the rest of the business world, it's a very fluid situation," said Alflen. "Even [in July], universities did not have a plan."

As the COVID-19 pandemic made its way into summer, many colleges decided to try reopening. Purdue University and Boston University, for example, announced they would reopen beginning in August. Others opted for a hybrid model, allowing in-person instruction for some class levels and remote learning for others, something Massachusetts Institute for Technology announced in July. But Georgetown University said it would not hold on-campus classes, planning to hold in-person classes as soon "as health conditions permit."

And some universities have had to temporarily retreat to online instruction soon after students got back on campus. The University of North Carolina at Chapel Hill welcomed students this month, only to move classes back online after an outbreak. So, too, did the University of Notre Dame, although the institution said it would time-limit online instruction to two weeks so it could control the outbreak.

The initial financial damage to transport companies is evident in the ledgers. The damage seems biggest among transport and logistics companies that specialize in food distribution to schools, universities and other institutions. Sysco, one of the biggest food distributors in the nation and the second-largest private fleet, reported its revenues dropped 42% in its fiscal fourth quarter, which ended June 27, according to its Aug. 11 earnings release. Sysco declined to comment.

US Foods, the nation's third-largest private fleet, also took a hit. The company's revenues dropped 29% in Q2, which ended June 27. Pietro Satriano, US Foods CEO, told analysts during an earnings call Aug. 4 that volumes and margins are, right now, not the company's focus. Instead, the distributor is watching closely which schools, colleges and universities are opening, so it can be ready.

"The thing we are very focused on is inventory and making sure that we're in close contact with those customers to make sure that we have an ability to serve them without taking on undue inventory risk," Satriano said.

"It will not be a total loss for the overall economy, despite being bad for those communities with these schools."

Aramark, with a smaller private fleet of 170 trucks, told analysts that the company is having ongoing dialogues with educational institutions. In its third quarter, which ended June 26, Aramark's revenues dropped 46% to $2.2 billion.

"We're engaged every day in dialogue about the operating model that each university will adopt," CEO John Zillmer told analysts on Aramark's Aug. 4 earnings call. "Over 50% of those customers have told us it'll be in-person in the classroom. We're still awaiting decisions on the operating model from some universities. And so it's too early to comment on what might take place in terms of total education reopening."

Zillmer said approximately 10% of its customers will have online learning during the first semester.

COVID-19 makes it difficult to predict what school demands will be, Zillmer said, given some will adopt a hybrid model of in-person instruction and remote learning.

Alflen said the news for shippers to colleges and universities has been a bit better, and he believes the schools may have delayed some freight until August.

"We are starting to see an uptick in August," said Alflen.

Many shipments are already delivered

On the K-12 front, most reopening plans vary by school, district or region. Four states, the District of Columbia and Puerto Rico have state ordered closures in effect, and three states will only permit hybrid or remote instruction, according to Education Week.

Schools are one of the largest buyers of milk, and closures or remote learning have reverberated back through the food supply chain to the dairy farmers.

"Anytime you don’t have kids going to school and drinking milk during breakfast and lunch, there’s going to be a negative impact on [fluid milk] consumption," said John Wilson, SVP and chief fluid marketing officer of Dairy Farmers of America.

But not everyone is sure that retreats from reopening will impact back-to-school freight at this point. Much of the initial back-to-school freight has already been moved, according to James Mathews, director of truckload procurement for Transportation Insight. Colleges, universities and many K-12 schools prepared for opening in the summer and began taking shipments of durable, back-to-school wares, such as furniture.

"It's not ... having an effect, because the deliveries have already been made," said Mathews. That includes shipments of mattresses for dorms, he said.

Though the impact of school closures is tangible — whether it has been felt by trucking firms already or will be felt in the future — the extent could vary.

"Obviously, there will be a negative impact," said Bob Costello, chief economist for the American Trucking Associations. "But it will not be a total loss for the overall economy, despite being bad for those communities with these schools. If a student is at home instead of school, that student must still eat, although perhaps overall spending will be down from that same student." 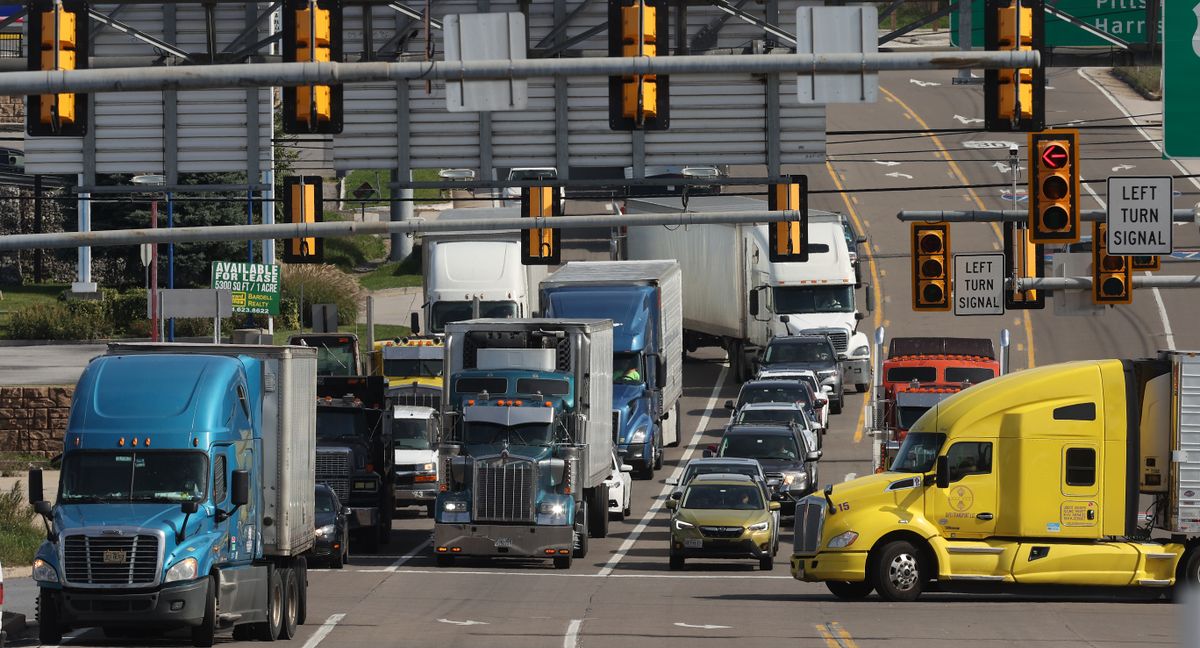 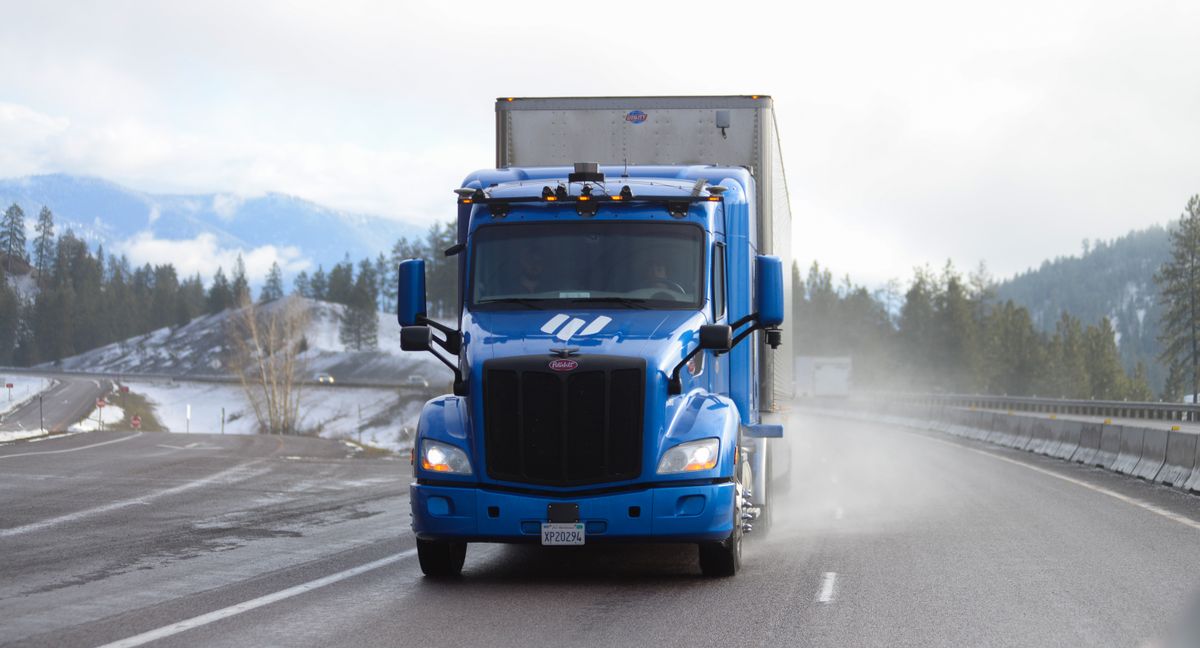 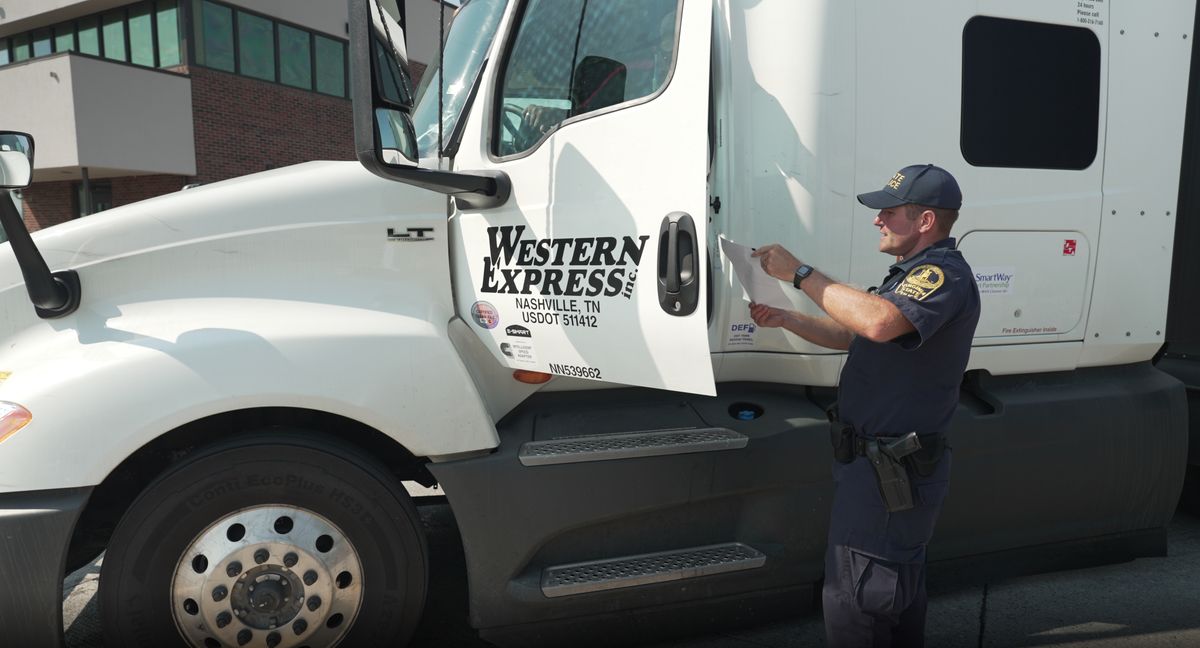 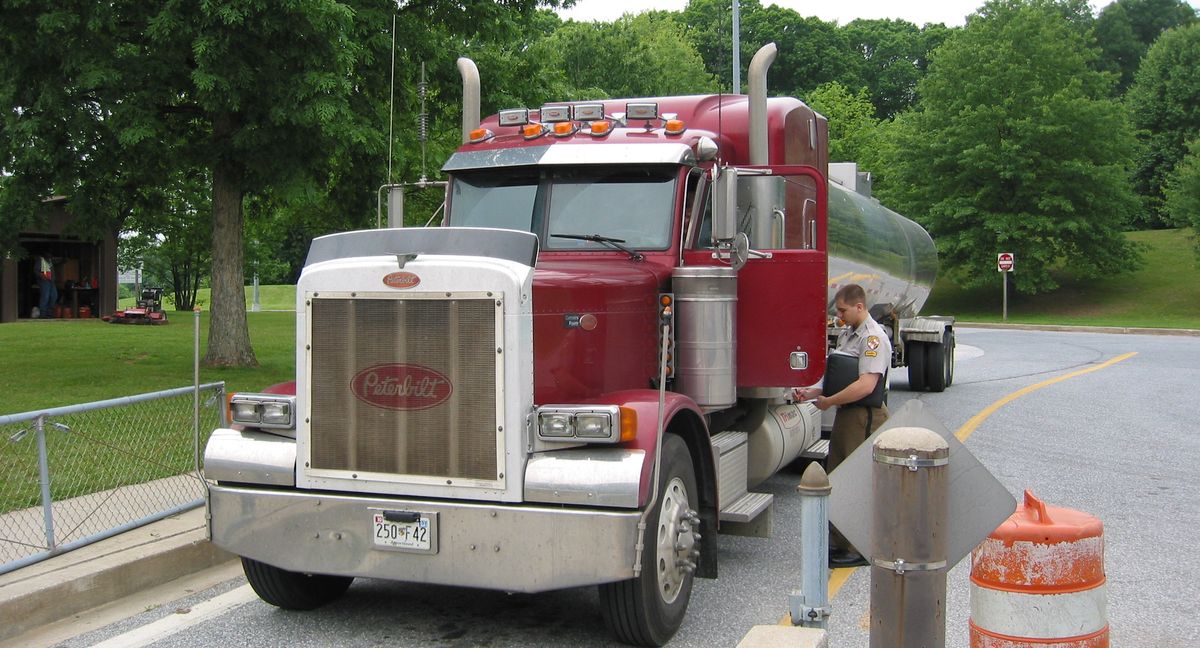 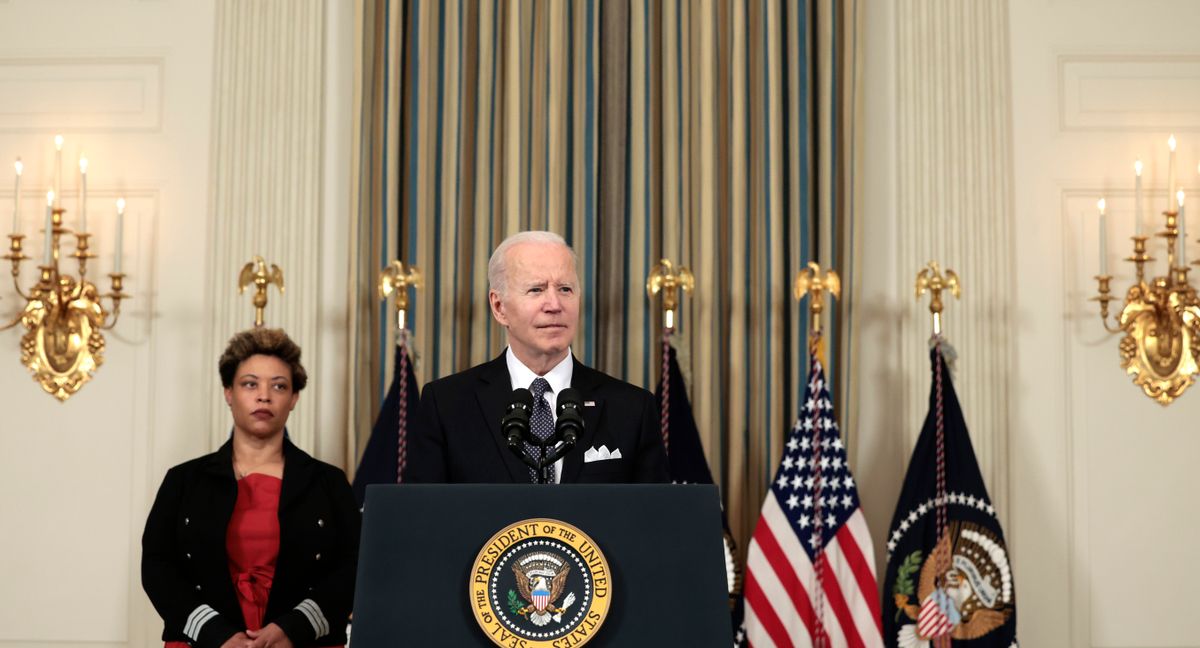 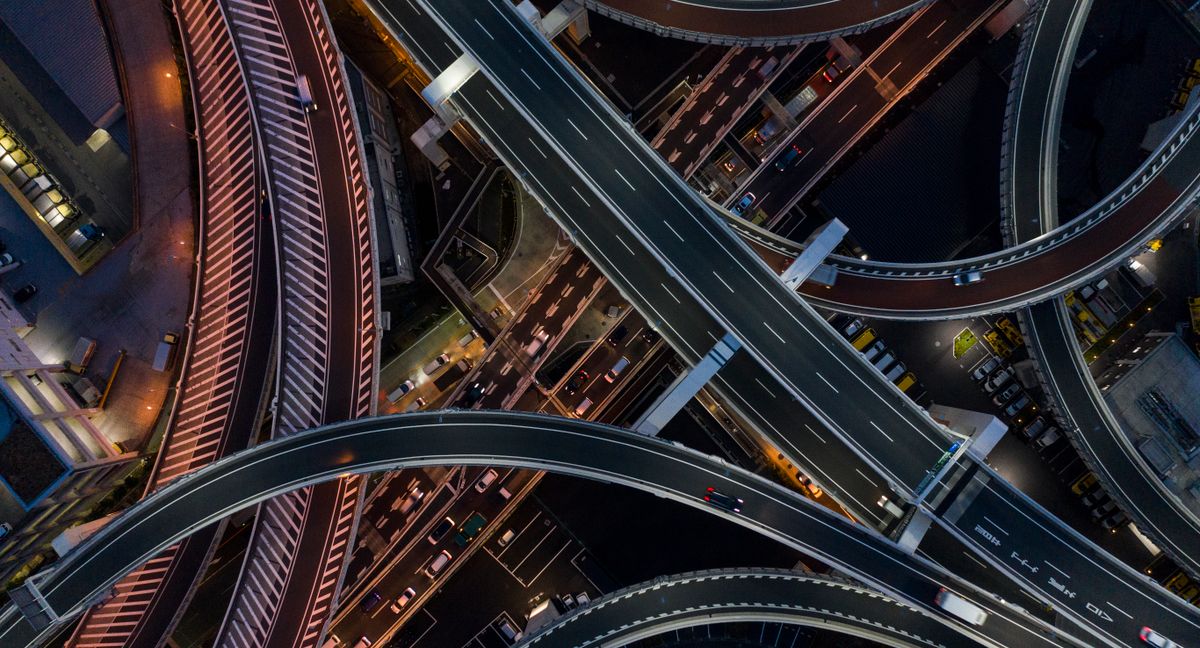 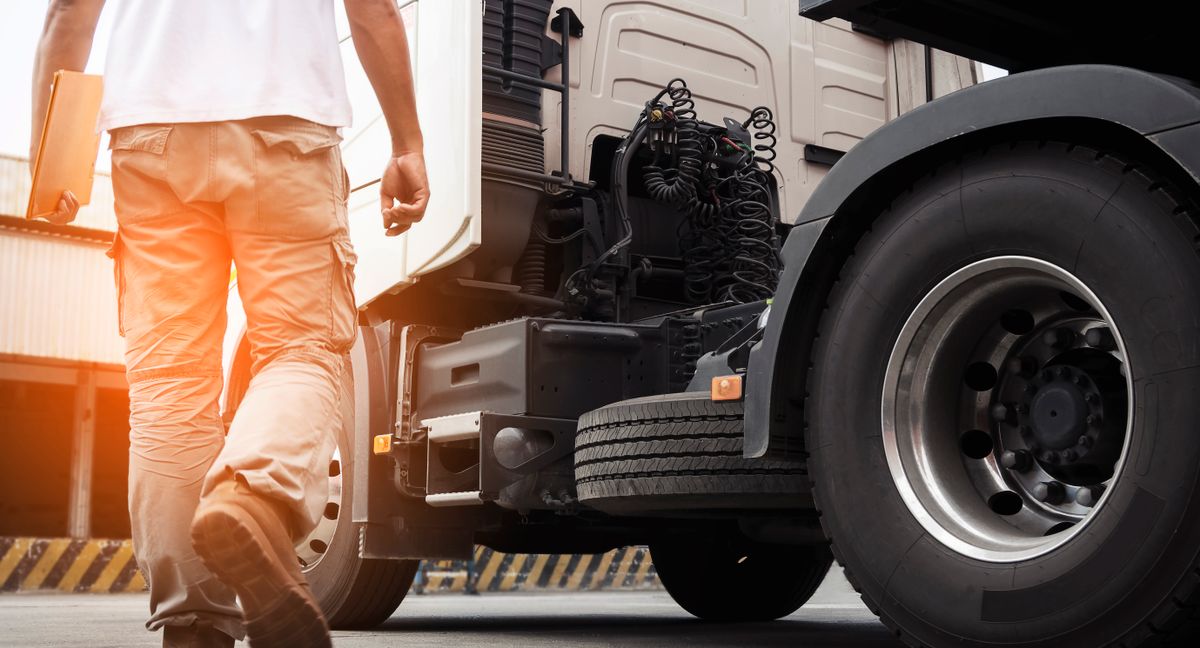 View all | Post a press release
ITS Logistics Expands Midwest Operations, Can Now Distribute to 90% of US Population within Tw…
From ITS Logistics
Union Pacific Signs Largest Locomotive Modernization Deal in Rail Industry History with Wabtec
From Wabtec Corporation
Dray Alliance Enabling Chassis Availability to Reduce “Dry Runs”
From Dray Alliance
Logisyn Releases Industry Article on the Future of Small Freight Forwarding
From Logisyn Advisors
Editors' picks
Latest in Safety
© 2022 Industry Dive. All rights reserved. | View our other publications | Privacy policy | Terms of use | Take down policy.
Cookie Preferences / Do Not Sell